“Thanks to penicillin… he will come home!” pronounced a Life magazine advertisement published in 1944. At this time, penicillin, the first true antibiotic drug, had just been discovered and made commercially available.

Antibiotics are drugs that prevent or treat bacterial infections. Before the advent of penicillin, the leading causes for death were bacterial infections resulting in pneumonia, tuberculosis, diarrhea, and enteritis, causing one third of all deaths in the United States. Since then, the idea of deaths by bacterial infection have largely faded into the past—until the evolution of antibiotic-resistant bacteria has now threatened this status quo.

In antibiotic or antimicrobial resistance, antibiotics are no longer effective against bacteria that have evolved to survive it, particularly using beta-lactamase enzymes. This resistance is further accelerated by excessive, unnecessary use of antibiotics, mainly in industrial livestock production and over-prescription. This increased use contributes to the evolutionary pressure on microbes to develop resistance to antibiotics.

Alexander Fleming, who discovered penicillin, was receiving the Nobel Prize in medicine and physiology when he ominously predicted antibiotic resistance: “It is not difficult to make microbes resistant to penicillin in the laboratory by exposing them to concentrations not sufficient to kill them.” Fleming himself was hesitant of widespread antibiotic use, recognizing its resistant capabilities from the year they were released. In 2019, the CDC reported more than 2.8 million antibiotic-resistant infections in the US.

Antibiotics have very specific mechanisms of action to target bacteria. For example, penicillin binds to an enzyme on the bacteria and removes it, which breaks an important barrier in the cell. If one certain bacteria has a mutated enzyme, the antibiotic will be rendered ineffective, and that mutation will become prevalent in that bacterial species.

A key difference between bacteria and most other organisms is their ability to transmit genes to nearby bacteria in a process called horizontal gene transfer. This is why bacterial resistance has quickly become an epidemic as it spreads quickly and efficiently. Unfortunately, it would take almost a decade to modify the antibiotics necessary to combat these “superbug” bacteria.

Bacteriophages, meaning “bacteria eaters,” are viruses that only infect bacteria. Most are lytic, meaning that when infecting a host, they inject their genes into the host, utilize the host to rapidly replicate, and destroy the cell walls by bursting through, essentially creating a “phage-producing factory” from a bacteria. A small number are lysogenic, which means they coexist with bacteria.

Consequently, bacteriophages have provoked the interest of researchers as a potential replacement for traditional antibiotics, which are obtained from fungi. While there are a little over 100 known traditional antibiotic drugs to fight the near-infinite supply of bacteria in the world, estimates show that there exist about 10 phages for each bacterium. This indicates that there may be many more potentially therapeutic bacteriophages than traditional antibiotics. Bacteriophages are the most abundant “organism” in the biosphere, either living harmoniously with bacteria in the lysogenic cycle or destroying about 40% of the ocean’s bacteria every day, amounting to 10²³ phage infections in only one second.

Though, phages have drawbacks as potential antibiotic therapies. For one, they are extremely specific. While a single traditional antibiotic can target a multitude of bacteria, bacteriophages target one bacteria. A working solution for this is the use of “phage cocktails,” which combine multiple natural and synthetic bacteriophages to more effectively treat patients.

Also, phages are not entirely shielded from bacterial resistance. Bacteria can fight back with certain immune responses, specifically CRISPR Cas  systems. However, unlike antibiotics, phages are continually adapting and responding to such defensive systems. This continual mutation of phages poses a risk for FDA approval, but some researchers are working on machine learning  systems to predict these changes.

Still, bacteriophages show promise as an alternative therapy to traditional antibiotics. Scientists hope that phages will become an alternative defense against bacteria that could help ease antimicrobial resistance. 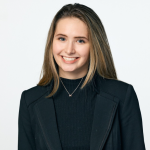