Researchers at the University of Pennsylvania’s Perelman School of Medicine have published a method to treat cardiac fibrosis using an mRNA injection that enables an individual’s own CAR T cells to fight the disease.

Cardiac fibrosis is a medical condition caused by many different types of heart disease that can lead to scarring and stiffening in the muscle wall of the heart. Normally, cells in the heart called cardiac fibroblasts help to develop the heart and maintain its homeostasis (that is, it helps the heart stay in a stable condition). However, in a patient with cardiac fibrosis, these cells no longer perform their normal function. Following a cardiac injury, fibrosis can progress from scarring to complete heart failure.

By encoding a messenger RNA (mRNA) strand that results in the creation of CAR T cells that target FAP, the researchers had the idea to deliver them to a patient’s cells through an injection containing the mRNA within a lipid nanoparticle.

Lipid nanoparticles (LNP) are a relatively new technology discovered in the 1990s. To deliver an mRNA strand into cells to provoke a protein-expressing response, the mRNA is inserted into a sphere made of lipids that is injected into a patient. This then allows cells to uptake the LNP through endocytosis (bringing material into the cell). The mRNA then exits the LNP, causing the cell to read the mRNA instructions to create the desired protein.

Without the LNP, mRNA would be unable to enter cells. mRNA vaccines for COVID-19 are a prominent use of this technology, as the mRNA that gives cells instructions to create the spike protein is protected and brought into cells by LNP.

In rodents with cardiac fibrosis, the Penn researchers revealed that their mRNA injection successfully resulted in the creation of FAP-targeting CAR T cells. Observing the hearts of rodents before and after treatment showed notable improvements in cardiac function. This means that as the CAR T cells killed cells that expressed FAP, fibrosis was reduced.

In rodents with injuries causing cardiac fibrosis, the CAR T-cell treatment halved the percentage of fibrosis in the ventricles.

The implications of this new treatment are of great significance. Reduction of fibrosis and restoration of cardiac function in rodents with cardiac fibrosis reveals a promising new form of treatment for human patients with the potentially fatal disease.

According to the CDC, about 659,000 people in the United States die from heart disease each year, accounting for 1 in every 4 deaths–all costing the country hundreds of billions of dollars each year. Thus, biotechnological innovations in treatment of cardiac disease can have a great impact.

Earlier CAR T-cell therapies have required a patient’s T cells to be extracted from blood, sent to a lab, engineered to find and kill certain targets, then returned intravenously to the patient. This is an extremely time-consuming and cost-prohibitive process, potentially costing patients hundreds of thousands of dollars.

The innovation of using mRNA injections to create CAR T cells within a patient’s own body instead of a lab may greatly reduce the time and financial burdens associated with CAR T-cell therapies. Rather than extracting, modifying, and replacing T cells from each patient, mRNA shots that provoke the creation of CAR T cells can be mass-produced and given to any patient.

The scope of this innovation reaches far beyond cardiac fibrosis, as it can potentially be applied to CAR T-cell therapies for cancer and other diseases. 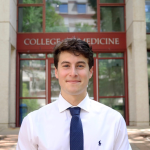 Liam is a Medical Honors student and a published researcher at the University of Florida. He is currently part of the accelerated BS/MD program and wants to work to provide a source of free and accurate information to the public, especially to underserved communities.

Reed is a Health Science student and undergraduate researcher at the University of Florida. His areas of interest are immunology and general biomedical research. Reed founded OneResearch as a free online source to highlight biomedical research and combat medical disinformation.