A team of researchers from MIT’s Alana Down Syndrome Center published results in Cell Stem Cell that pointed to a mechanistic link between Down syndrome (DS) and genome-wide transcriptional disruption. The team, led by Hiruy Meharena, revealed that senescence (the state when cells stop dividing) may play an important role in the progression of down syndrome and could lead to novel therapeutic approaches for treating individuals with DS.

Down syndrome, also known as trisomy 21 (T21), is a congenital disorder that is caused by the triplication of  the 21st chromosome. Previous studies have linked the cognitive deficits of the disorder to a lack of dysfunctional neural progenitor cells (NPCs). These are the stem cells that differentiate into glial and neuronal cells which make up the central nervous system. Neurogenesis, the process in which new neurons are formed in the brain, was found to be significantly reduced in the brains of mice with DS because the lack of NPCs ultimately led to a decrease in cortical matter.

Another study linked T21 to transcriptional disruption in human-derived induced pluripotent stem cells (or iPSCs). His research team found that the disruption to those cells was also consistent with other papers that examined related aneuploidies. Nonetheless, while both studies did reveal a connection between T21 and the cells, they did not delve into the factors that caused this relationship.

As a result, Meharena’s study explores a potential mechanism that may explain how this transcriptional disruption may take place. His team examined T21’s effect on DS-related iPSCs and NPCs at the genetic, epigenetic and mRNA levels. Their finding revealed that although the iPSC were not significantly affected, the NPCs that were derived from these iPSCs revealed significant chromosomal introversion and disrupted lamina-associated domains. This made it so that the squished chromosomes would have increased genetic interactions within itself but decreased interactions with the other chromosomes. Additionally, they found decreased NPC’s chromatin accessibility to the A-compartment, which is associated with transcriptional downregulation, and increased accessibility to the B-compartment, which is associated with transcriptional upregulation.

What was notable was that these changes of differentially expressed genes of NPCs shared many qualities with cells that became senescent via oxidative stress conditions. Furthermore, senolytic pharmaceutical treatments of dasatinib and quercetin was found to ease some of the transcriptional disruption and deficiencies that arose from T21 affected NPCs. The use of these drugs not only improved gene accessibility and transcription but also helped with cellular migration and proliferation.

Although this treatment is not practical due to the neutropenic (neutrophil-decreasing) side effects of dasatinib, it stills elucidates a previously unknown avenue for research into potential treatments to be conducted. With Down syndrome being one the most common intellectual disabilities, having a stronger understanding of the mechanisms behind its progression may provide an opportunity to restore or prevent some of the dysfunctions of the disease. Although this research is only a small piece to the larger puzzle that is DS, it still provides a step to better understanding the condition, hopefully one day assisting individuals with the disorder and their families. 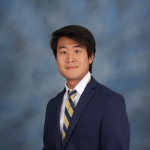 Hans is a Neuroscience and Biology student at the University of Florida. As an undergraduate researcher, he is working to achieve a MD/PhD and is passionate in his dreams to increase accesibility to the exciting new developments in the biomedical sector.